Autism West is pleased to announce we will be hosting an insightful and entertaining evening with Kathy Lette on 9 May 2017.

A pioneering voice of contemporary feminism, and author to numerous bestselling books including Puberty Blues, Kathy Lette is an active ambassador for a number of organisations including Women and Children’s First and the White Ribbon Alliance, and is mother to a son who has Asperger’s Syndrome.

Join us for a night guaranteed to entertain and inform.
There will be a guest speaker, and light refreshments will be provided, including beer, wine and soft drinks. Kathy’s new book will be available for purchase, and Kathy will be signing copies of her book.

Kathy will be discussing her latest book, Best Laid Plans, an exploration of the challenges faced by parents of children on the autism spectrum once they grow up, shining a light on a rarely discussed subject. 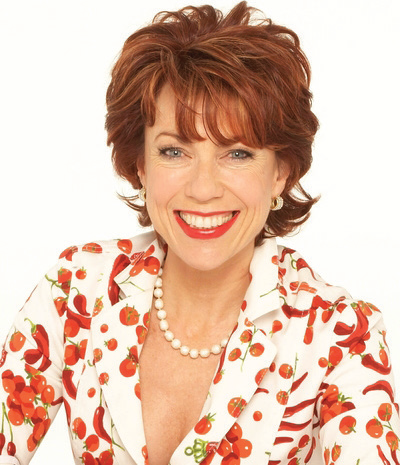 Kathy Lette is a celebrated and outspoken comic writer who has an inimitable take on serious current issues. She is one of the pioneering voices of contemporary feminism, paving the way for Caitlin Moran and Lena Dunham. She first achieved succèss de scandale as a teenager with the novel Puberty Blues, which was made into a major film and a TV mini-series.

After several years as a newspaper columnist and TV sitcom writer in America and Australia, she’s written 11 international bestsellers in her characteristic witty voice, including Mad Cows (a movie starring Joanna Lumley and Anna Freil), How to Kill Your Husband – and Other Handy Household Hints (staged by the Victorian opera) and The Boy Who Fell to Earth. She is an ambassador for Women and Children’s First, Plan International, the White Ribbon Alliance, Ambitious About Autism and the NAS.

Kathy lives in London, and can often be found at The Savoy drinking a cocktail named after her. She is an autodidact (a word she taught herself) but in 2010, received an honorary doctorate from Southampton Solent University.

Much has been written of late of the difficulties facing parents of autistic children with one recent study linking the stress involved with parenting children on the spectrum to that of a combat soldier.

Kathy explores this taboo topic in her latest novel, Best Laid Plans. Written in her witty style, Kathy proves that when it comes to sex, we all have special needs and, even the best laid plans can come unstuck.