Barb Cook on the Autism Gender Gap, Being a Chameleon and Finding Your Tribe

Home / Uncategorised / Barb Cook on the Autism Gender Gap, Being a Chameleon and Finding Your Tribe 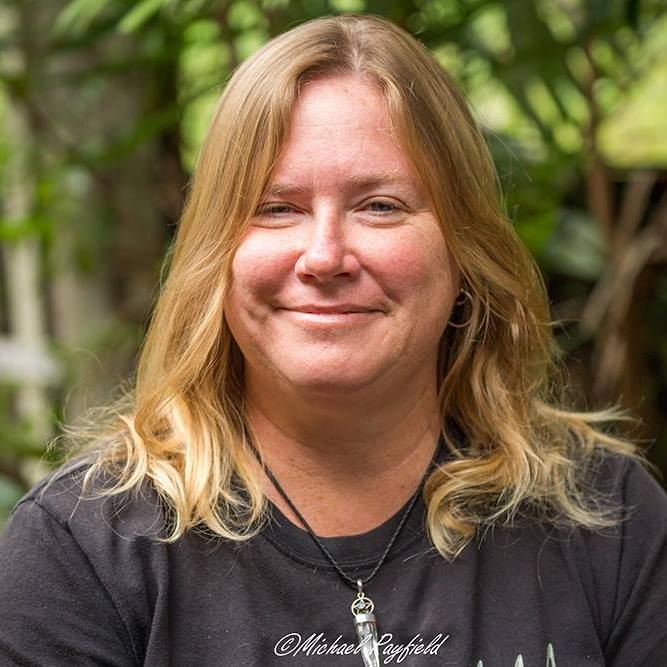 Barb Cook is founder and editor in chief of the international publication Spectrum Women Magazine, co-founder and director of the Australian Autism Aspergers Network Inc., and founder of Bikers for Autism Australia. Barb is a passionate autism advocate, keen motorcyclist with a love for visual arts. Barb has been recognised nationally and internationally for her work spanning from her original publication the Autism Aspergers Network Magazine. Today Nick McAllister catches up with Barb for an exclusive interview.

You were diagnosed as being autistic at the age of 40, is that unusual to have such a late diagnosis?

Getting a diagnosis later in life, especially for women, is not that uncommon these days. With myself, Aspergers Syndrome and Autism wasn’t really recognised in women when I was younger (in the 70’s and 80’s). Being able to mask our traits well, hence why we are called chameleons, women are often overlooked or misdiagnosed with a personality/mood condition, depression, anxiety or social phobia.

Being able to mask our traits well, hence why we are called chameleons, women are often overlooked or misdiagnosed with a personality/mood condition, depression, anxiety or social phobia.

For me, I knew I was different from a young age and it wasn’t until a male friend got diagnosed (traits tend to be more readily observed in boys and men) that I started to question myself. Reading all of the traits for Aspergers Syndrome, I recognised instantly that this was me. Reading Liane Holliday Willey’s book Pretending to be Normal was the clincher and felt like she had lived my life and explained it all back to me. That was a very powerful moment.

After a very long and thorough consultation with a psychiatrist who had knowledge of Autism Spectrum Conditions, especially in adult women, I formally received my diagnosis in 2009. I must say that day was the best day of my life, being able to finally understand who I was and that it was ok to be me.

Is there an autism gender gap in Australia?

Unfortunately I believe there still is. As I was saying previously, women tend to be able to mask their traits and be the chameleon. This makes it a lot more difficult to get a correct diagnosis early and can result in misdiagnosis.

I do know that Professor Tony Attwood and Dr Michelle Garnet are working on creating a diagnostic tool specifically for girls and women. This is a much needed tool and hopefully will bring about early detection in girls so they can get the support and guidance they need.

Where did the love of motorbikes stem from?

Well, my love for motorbikes started when I was 15. Two girls who lived a couple of houses down from me had motorbikes and I thought they were so cool. I tried to convince my dad to let me have a motorbike and he wasn’t having it saying “nice girls don’t ride motorbikes”, so I ended up with this awful white and pink 50cc scooter. I could have died… 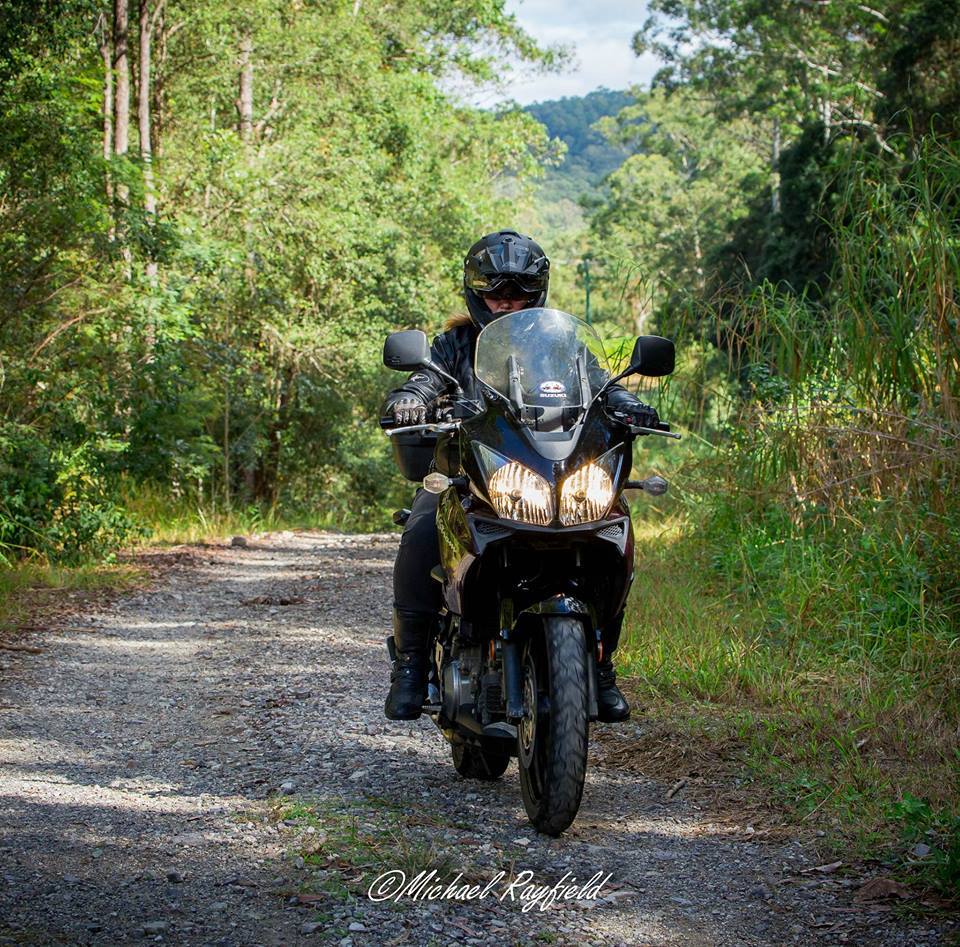 But after 8 months of thrashing the life out of this poor scooter I finally convinced him that I needed to trade it in and I got my first real motorbike. I was the happiest girl on the planet! I had that cool tough look with my black bike, black jeans, black leather, black helmet (you might guess I love black) and I had my freedom and independence. It was also a great way for me to hide behind this tough front (inside I was always terrified and anxious) and it gave me the opportunity to avoid talking to people which I found so incredibly difficult. To this day I feel safe when I have my bike gear on – it is like an invisible barrier for me from the outside world.

You stated in a TV documentary with SBS The Feed “The Chameleons: Women with Autism” that you didn’t stand out as a female. Do you stand out more when you put your leather jacket on?

Interesting question. In some ways, yes, I do stand out more when I have my motorbike gear on and am riding my bike.

In my younger years I definitely stood out as a female biker as there weren’t a huge amount of ladies riding motorbikes – most used to be pillions. Men would talk to me more when I was out riding and in my bike gear, which was fine for me as I understood the male conversation dynamics far more than I ever understood what women were talking about. I never, ever got that… the general chit chat social skills needed when in a group of non-autistic women. I always felt like an outsider. With guys, it would be talking about what tyres you run on your bike, the latest review in the bike mags, where we were going for our next beer… that sort of thing. I found their conversation so much easier to grasp.

Now back to your original question… do I stand out these days… probably not as much now as I did when I was in my early 20’s. A lot more women are riding bikes these days so in essence I have begun to blend back in again in some respects which I am totally fine with these days. I think as we get older too we tend not to worry as much as we did in our younger days and especially since I received my diagnosis I no longer feel the need to fit in anymore. I can just be me and happy in my own world so to speak.

With your magazine Spectrum Women now firmly established, do you see yourself as a positive role model for young autistic women?

When Spectrum Women Magazine (SWM) started out, my goal was to create a vehicle for fellow women and girls (and those who identify as female) to have a voice, a platform upon where they could safely express their unique views with our readers. I wanted Spectrum Women to be recognised as a place where you could come to, to find stories that our readers could personally relate to, feel validated about their lives and hopefully gain some positive support through the words of fellow women.

Spectrum Women has grown enormously in the past year and I have a wonderful team of regular writers’ to whom I am forever grateful. These women make Spectrum Women what it is today. They are incredibly supportive and insightful and the bond that has grown from this venture is something very special I must say.

For me, I am more like the person behind the scenes trying to coordinate everything and working together with the SWM team. We work together to come up with topic ideas, who to approach for a story, plus we also receive information on research, events and newly released books that we share through SWM.

Come to think of it, all of us who are involved in Spectrum Women are positive role models for girl and women of all ages. Spectrum Women is not the face of one person but the many faces of supportive and encouraging women.

You run a magazine, a non for profit charity the Australian Autism Aspergers Network Inc., a motorcycle group, plus you’re the Australian Ambassador of the International Aspergirl® Society, how do you fit it all in?

How do I fit it all in, I really don’t know!

I am an extremely driven person so I think that has something to do with it. Also, my passion to help others drives me to bring together people to do the same. It is something I have been ever since I was a small girl, I felt the need to help others around me who didn’t fit in or where the odd kid out at school. I literally felt their pain at being the outsider and so I want to try my best in helping others to not feel the outsider or alone. Also being that outsider too, I knew I didn’t want others to go through this same painful experience.

…being that outsider too, I knew I didn’t want others to go through this same painful experience.

Supporting another person, even if it is just in the terms of advice or to direct them to a place where they can get the support they need is very rewarding. If we all looked at life in the terms of helping and supporting each other I think a lot of things in life would be so much easier. Making accommodations and allowing for difference goes a very long way.

I am also a Community Council Member of AASET – Autistic Adults and other Stakeholder’s Engaged Together, which is a great new initiative where we are part of making change in improving outcomes in health for autistic adults. This is such a big need in changing and identifying the changes needed in providing better healthcare for autistics.

And now for a shameless plug… with the many things I am involved in I have recently been contracted by Jessica Kingsley Publishers to produce a collaborative book called Spectrum Women. Following in the essence of Spectrum Women Magazine, a collection of 17 women will be writing about their personal experiences on a wide range of topics, giving insight and mentorship to fellow autistic women. Dr Michelle Garnett is our professional who will be writing her wisdom throughout the book. It is a very exciting venture and will be out in 2018.

With everything I do, and at times it can get quite overwhelming, I do have a great network of friends behind the scenes who “get me” and support me when I am in need of some downtime or to just basically hide from the world. Even though I have learnt so much about myself, at times, things can get extremely intense that I too need to put into action the advice I give to others. Looking after oneself can quite often get overlooked, but with these great friends I always have them there to give me a nudge to slow down or take a break and to share some of this crazy load with me. I must say, when you find your tribe it can be one of the best support networks in the world. People who get you are most certainly a precious thing!

…when you find your tribe it can be one of the best support networks in the world.

Barb will be speaking at the 2017 Autism West Symposium, to be held in Fremantle, Western Australia, on the 3rd and 4th of November 2017. Book your tickets now!