I CAN Story: Liam Dow-Hall 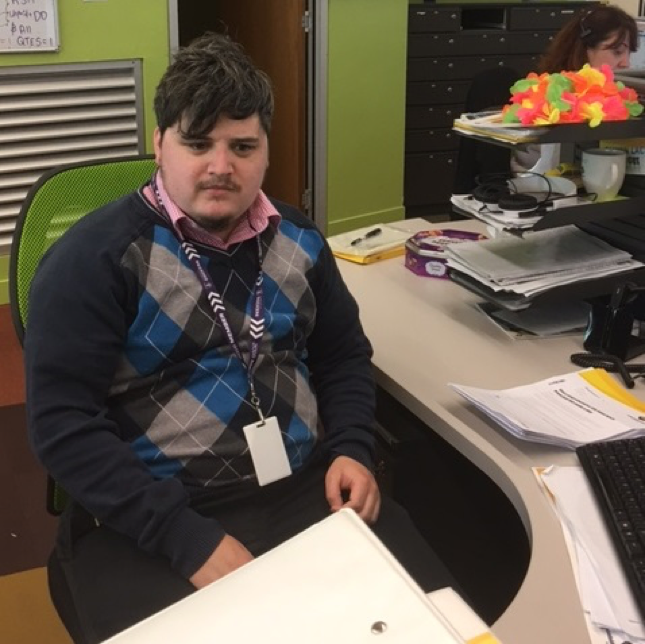 I have been working hard ever since I was in primary school to overcome my challenges. I have mild Cerebral Palsy and High-Functioning Autism.

When I was a baby I loved the piano so much that my parents adjusted my high chair so that I could play till I was asleep. My parents encouraged me to use my love of music to do occupational therapy in 4/4 time. How sneaky is that? I continued learning the piano, competing at the Fremantle Eisteddfod. I sang in the Western Australian Children’s Choir for five years and went to Singapore with the school Choir.

Playing in the water was a passion of mine. My sneaky parents decided to use my swimming as physiotherapy. Once when I was little my parents stood and watched me struggle across the pool. A Japanese tourist was so impressed he took a video of me and said “very good swimming.” I replied crossly “I’m not swimming, I’m drowning.” I continued to practise my swimming although I swam in circles because my right side was weaker than my left. In year 7 I insisted on competing in the swimming carnival even though I came last.

When I was 5, the neurologist said that I wouldn’t ever have legible writing. My mum replied, “Great, so he can become a doctor.” We tried to prove him wrong by many hours of handwriting, but it didn’t work out. At the age of 6 during the holidays, my parents made me practice touch typing. (The reward of which was Physio and OT)

At primary school I got bullied a lot, although my parents only found out from the bruises. I didn’t tell them because I felt ashamed about it. When I started high school, I felt excited and scared because I thought that I wouldn’t make any friends, but it turns out that I did.

I worked extremely hard in year 12. I didn’t have any holidays because I had 2 Instep placements and was doing 2 extra subjects. I also had a tour to Sydney to do drama workshops at NIDA. I passed everything with one C, one A, three Bs and two TAFE certificates. The A was in Senior Science, which I’d been told I wasn’t smart enough to pass.

My marks were good enough to get into University. However, I had always wanted to work in hotel reception. TAFE said that I had to do the food and beverage course before I was allowed to study hotel reception. The trouble was I had to do the barista course. This was very difficult because of my cerebral palsy. Because of my autism, I was very sensitive to the heat and the noise of the coffee-making machine. I would start shaking as soon as I saw the machine.

I decided I was going to pass this course so I could achieve my ambition. We bought our own coffee machine so I could practise making coffee for the neighbours. The neighbours wanted to pay me, so I said I would accept donations for the Freo Street Doctor. This is a mobile health service for homeless people. My grandfather worked for them until he died when he was 80.

It took me twice as long as the other students to pass my coffee-making. I then did my Certificate III in Hotel Reception. I continued raising money for the Street Doctor, now up to $3,200. I won the Premier’s Award for Active Citizenship for 2009 for this. I also ran a coffee fund-raiser for Autism India last year at Murdoch University. I raised $530.

Meanwhile, I learnt to drive. The theory test was easy, but I failed the practical test five times in twelve months because I get so anxious in tests. One test only lasted for five minutes! I finally passed on the sixth test. I still have to work hard to control my steering so I don’t lose control. I don’t want to be driving in circles.

I still couldn’t get a job with my Certificate III in Hospitality. In 2010 and 2011 I applied for about 350 jobs. I kept studying part-time, and finished my Certificate III in Financial Services. I also did some voluntary work at L.E.A.R.N, a not-for-profit organisation providing early intervention and educational assistance for children with autism. L.E.A.R.N recommended me to the RAC in Joondalup, who offered me part-time work as an administration assistant. I have been working there now for nearly five years.

Originally published 12 November 2016 on I CAN Network.

Liam lives in Fremantle and is an Administration Assistant for RAC. Liam strives to try new things and lead an independent life.