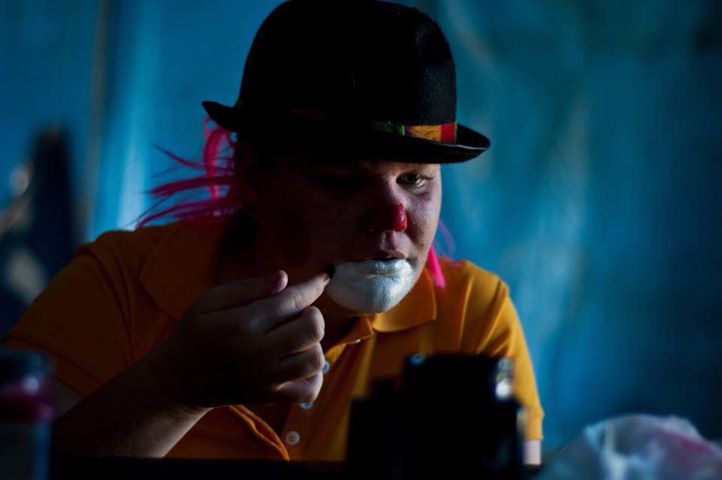 When were you diagnosed and what impact did it have on you?

I was diagnosed at the age of 19. For me, the diagnosis had a rather large impact on my life. I finally knew not only why I was different and strange but I was able to begin to understand myself as the real me.

Why so late?  How did the diagnosis impact you?  Did you feel that age 19 is a late diagnosis?

I was diagnosed at 19 because at that time, not much was known about females on the spectrum and therefore a lot of my symptoms so to speak were missed. They considered ADD but it wasn’t until a friend suggested that it could be ASD that we looked into it. I was happy to have the diagnosis, I finally felt as though I was able to understand myself. Nineteen is a late diagnosis yes, but I hope that in the 13 years a lot has changed in the diagnosis of women.

What is it about the circus that appeals to you?

For me, circus has always been a way of expressing who I am through the arts in a safe environment. I was able to be me.

Some people might not see circus as safe.  What makes a circus safe?

I felt safe in circus because I could be me, I could create my own acts and explore the areas of interest to me. Therefore it is safe mentally and physically there are trainers and crash mats and rules.

What drove you to become an advocate?

I was driven to become an advocate because there are many girls and young women who are in the situation of either being diagnosed or newly diagnosed and it would have been great to have that support there when I was in their shoes.

How would an advocate helped you when you were growing up?

For those who don’t know much, or anything, about the neurodiversity movement, can you tell us a little about it?

Neurodiversity for me is the advocating of support systems that allow us who are “non-neurotypical” to live their lives as we do, instead of being forced to accept ideas of normality, or to conform to a clinical ideal. I want to challenge stigmas and reject the idea that neurological differences need to be (or can be) cured.

What myths or perceptions do you think exist still in society around someone who identifies as being on the autism spectrum? Do you think that through your work and this up-coming Symposium beliefs can be changed?

I think for me the myths that still exist for those like me are things like I can’t be autistic due to my functioning level (or what people see of me in the small time they see me), or I can’t be autistic because I am a woman. One of the big misperceptions I wish to change is the one that we can’t go to college or live independently. I hope through my studies and where I want to work that I can help change these mindsets and help others on the spectrum realise that they too can reach their goals. I believe that I can start a ripple effect of change through my work and the up-coming Symposium.

What message – if any – do you have for young girls and women who are autistic?

Be you, don’t change because someone says you have to. If they are your friend they will like you for who you are.

Nichole will be presenting at our Autism West Symposium in early November, for more information click here.