Learning how to Learn

Home / Uncategorised / Learning how to Learn 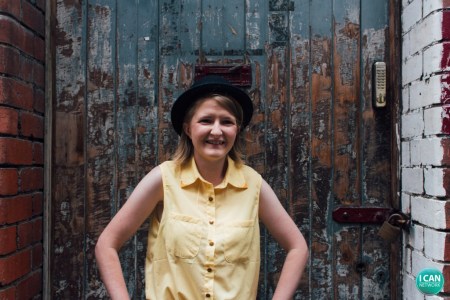 One of the things I’ve seemed to always struggle with is knowing how to learn.

I have difficulty accepting feedback, advice or ‘advice’. I didn’t like to plan projects/assignments for school because I thought I should just be good at it, and I often would do stupid things under the impulsive impression that “it would be ok this time”.

I like to think that now I’ve matured for the most part, and have overcome a lot of those barriers, but I would just like to explain why I was that way for so long, and how I realised I needed to change.

Regarding feedback, I always knew that when people gave me advice on how to improve, and ‘do better’ that they were coming from a place of love, but sometimes people didn’t come from that kind of a place, and that was called criticism. In other cases, people would criticise me under the false belief that they were actually providing me with advice, and would come from a place of love but lose track on the way and just spout out their best intentions via the route of anger. Because I found it so hard to differentiate between the subtleties of expression, I rarely understood whether someone was actually trying to help me or they were just putting me down, so I just assumed the worst.

This made me obsessed with always achieving.

I was scared to accept help because then I would have failed, and would be reminded that I wasn’t good enough. Hearing what I was doing wrong made me really upset, and I didn’t always know how to react to it. So I guess I was really just frightened of that feeling, so it was better to just use cognitive dissonance and pretend that everything was going great.

I wish that I had been able to accept advice, even if there was a risk that it would be a put down, because then there would have been an opportunity for me to improve in various areas and perform better.

It’s only in the last year that I have learnt to take advice (most of the time) and dabble with different methods (regarding uni and work) of learning, to better improve my performance and therefore my wellbeing.

I would say that overall I am a fairly bright person with a decent amount of insight, but in most cases I’ve had to put in an immense amount of effort to do really well.

One of the reasons I struggled to write essays at school was because I barely looked at the criteria sheet. Or if I did, I’d just have a glimpse and then put in the back of book, or just let it get lost. Looking at the criteria sheet was like looking at a list of what I couldn’t do, and I didn’t want to accept that.

I was scared of building on my strengths and difficulties, because the challenge would also challenge my wellbeing, and to me it felt really fragile. This might sound like a cop out to some people, and that’s what I sometimes told myself as well in the past, but I honestly didn’t know how to try, to some extent. I was afraid to, because I just expected the worst.

I’m thankful that I was somehow ‘good enough’ to get by school without failing, but I was hardly a straight A student. My marks were very inconsistent, and were often a reflection of my mood or level of confidence that I possessed at that time.

It was hard to accept that there was always room for improvement. I think a lot of this was because of the sterotype that Aspies had social issues, but were brilliant academically. I felt like I needed to fulfil that notion and accommodate to everyone’s understanding that that was the case. But it just wasn’t so. I was very good at drama and literature, but apart from that I was pretty average in the conventional academic sense-or history too, but not under pressure.

But I believe that if I had explored different learning styles in more depth and gave every method of information retainment a go, I could have performed extremely well, but I didn’t want to try and improve because then that would confirm that I wasn’t good enough.

Perhaps you’re wondering, when did I change, why and how?

Well, it first started with my strengths. When I found the I Can Network I found something within myself to like and be proud of for real. I Can encouraged me to showcase my strengths, and they identified them for me. They always gave me advice as well as compliments, and then I learnt exactly what good advice is and it didn’t seem so scary anymore.

And no, it wasn’t “You’re so amazing at everything! Wow go you!” it was more like “You have a lot of potential, you could use your humour to engage people more in your talks!” A few years earlier, if I had been told that I would have immediately felt like I hadn’t been funny enough, and therefore wasn’t good enough, but because they acknowledged the positive I felt empowered and determined to show people my stuff.

I know, not everyone will give advice that way, but at least it gave me the confidence to be more open to listening to people, and accepting what they felt and thought about how I could do something different or better.

For the sake of other I Canners and mentees, I also did some research on the various different learning styles and did a presentation on it at one of our workshops, and that also helped me personally in identifying my own learning style, and then experimenting with it to see if it helped.

And it did. I discovered that I am a kinaesthetic and text based learner, and perform much better when I utilise those styles. I also realised that studying, and doing readings was an opportunity for learning and that doing them did not mean I wasn’t smart enough to write an essay, it meant I was willing to build on my knowledge and master what could become a strength.

Advice is important. Sometimes it is really difficult to hear it, and still at times, automatically I’m tempted to justify my mistakes and go on about what I did right. But there is nothing wrong with wrong (in the subjective and objective sense). Being wrong or different creates room for learning, and learning is a fundamental part of living.

I want to thank a few people for teaching me so much in the past, that I wasn’t brave enough to listen to in the past:

Thank you to all those people. I would not have grown as a person without you in my lives. I’m also sorry for getting angry when you tried to help me, because I know you just wanted to help. I love you all. 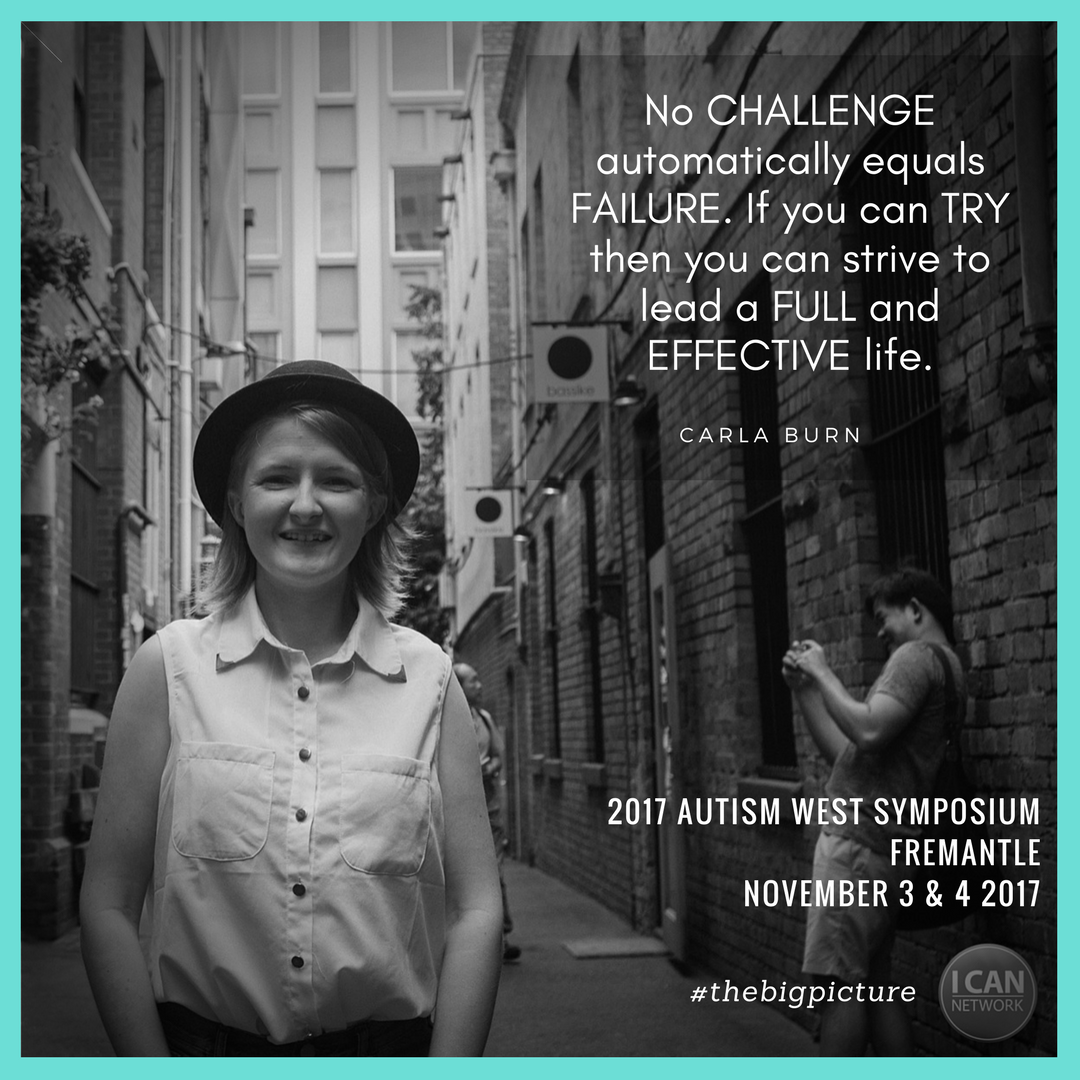 Carla Burn is a Network leader and Mentor at the I CAN Network, and is passionate about social activism, wanting society to work harder to be a better place for different individuals to live in. Autism is obviously a personal thing for Carla, and it means that sometimes life can be challenging. But the way she sees it, there are obstacles in everyone’s lives. No challenge automatically equals failure. If you can try, then you can strive to lead a full and effective life. Carla never gives up, and never stops believing that she has the potential to succeed.

Carla will be speaking at the 2017 Autism West Symposium, to be held in Fremantle, Western Australia, on the 3rd and 4th of November 2017. Book your tickets now!